Used for all Metal dust including Magnesium, Aluminum, Titanium especially the flammable metals. Never should aluminum dust and steel dust (or other ferrous materials) be mixed together…..even in a wet collector.

The Water-Level control is designed to automatically maintain a proper water-level in the scrubber. The unit will lose water due to normal evaporation, and must be refilled. The control consists of the following components: external probes, solenoid valve for automatic water-fill, and electrical panel. If the water-level falls below a set point (Low), or above (Hi), it will shut-off the blower, light a warning light on the panel, and sound a remote alarm, supplied by others. Otherwise, it will continually monitor and refill the unit.

Easy Installation – Booth walls come in complete pieces ready to mount on unit and add roof which is also in very few pieces. 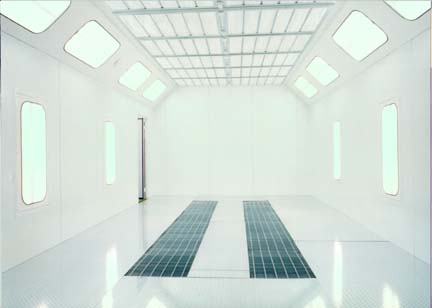